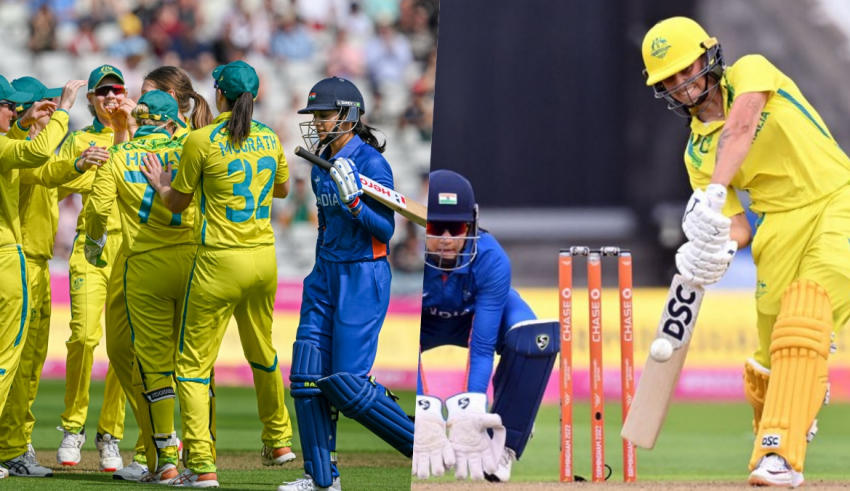 AUSW vs INDW Highlights – The 1st match of Commonwealth Games Womens Cricket Competition 2022 was played between Australia women and India women. This match was held at Edgbaston, Birmingham. When both the captains walked into the stadium for Toss, India Women won the Toss and elected to Bat first. Australia women won this match in 19 Overs.

When Indian women came for batting in 1st inning, they got the solid start. Smriti Mandhana and Shafali verma walked in as an opening pair. The both were looking confidant while facing Australia women teams bowling. Smriti scored 24 Run of just 17 balls with 5 boundaries included in that. Whereas on the other side Shafali verma scored quick 48 runs at just 33 balls. Shafali innings included 9 boundaries.

Harmanpreet kaur played an extra ordinary inning of 52 Runs of just 34 balls. She played the Captains knock to set a good total against Australia Women.

Harmanpreet’s inning was a special one. As she hit 8 cracking fours and 1 huge six out of the park. She played at the strike rate of 152.94.

When Australia Women team came into batting there was shaky start. They lost quick wickets in the powerplay. But somehow thing started working for them. Ashleigh Gardner played a match winning knock of 52 Runs in just 35 balls. She hits 9 fours in her innings. Grace harris knock provided a momentum to Australia women team’s inning. Grace played very fantastic shots. She hit 5 fours and 2 huge sixes. She played at the strike rate of 185. Alana king also supported Grace harris by contribution 18 Runs in 16 balls.

Australia women chased down the target in just 19 overs with the score of 157-7.

Whereas on the other end India women bowling was also impressive. Renuka singh took 4 important wickets in 4 overs by spending 18 Runs. Deepti sharma took 2 wickets in her spell of 4 overs. Meghna singh also took 1 wicket in her spell. She was quiet expensive.