Home Auto What Are The Top 8 Biggest Us Junkyards? 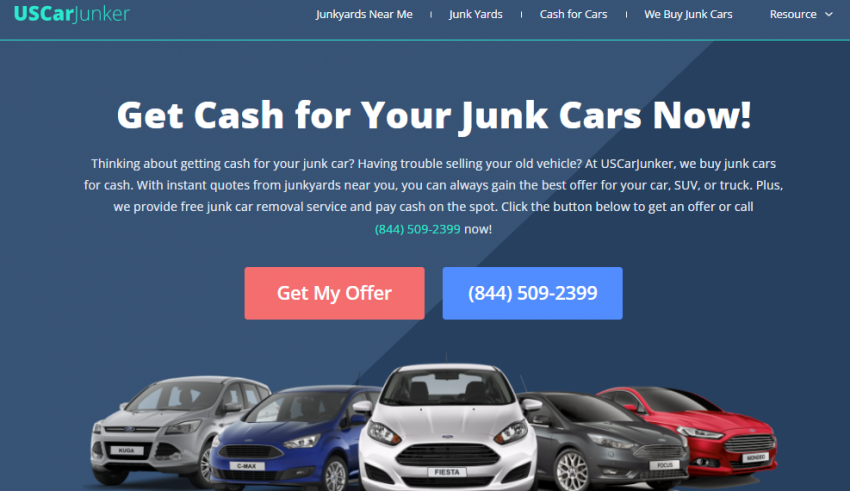 In the fast-moving world, we are being careless toward the treatment of the environment around us so we are also in need of an adequate way to manage our discarded things like junk vehicles.

So the solution to the environmental problem is junkyards which would help in managing old discarded vehicles by people. This article provides you aid to find the best Us car junker as well as provides you top-class junkyard information. Whether you want to sell or buy something from a junkyard it is important to go to the best in your area.

What Is A Junkyard?

Junkyard is the place where people, as well as companies, discard vehicles that are of no use and are old for them. People who are in search of parts for their vehicles for replacement can easily get those parts from here as the junkyard sells those parts which are in their best form.

In this way, people get the best things according to their demands. And they don’t have to worry about their struggle to get those parts of their requirements.

And those parts which are of no use are some to the companies which do metal recycling. So junkyards also play the role of environmental protection because many of the useless vehicles by human beings become the reason for the destruction of the environment.

How To Find A Junkyard Near Me?

In the era of technology, finding a junkyard is not a big deal. People are very concerned about the question of how one should find a junkyard and that junkyard should be near to them.

For finding a junkyard there are many ways. One method is the method of a google search. But it has flaws and indulges its users in a tiresome process of visiting every website for results. Which is not good for busy people.

Another method is using UsCarJunk which is a quick way to access junk yards. As it is a quick way so it is widely accepted. Only city names and zip codes are needed.

The Junkyard, which is named The French Lake auto parts, has been working for a period of more than half a century. And it is located at a distance of 60 miles from Minneapolis’s Westside.

It possesses junk vehicles more than about 10,000 each day for this purpose it covers almost about 100 acres which makes it a very huge junkyard.

If we look at the working of this junkyard then we will see that its workers recycle vehicles and also sell those parts of vehicles which can operate properly. Those parts which are not able to be restored are sold by workers in the form of scrap metal.

The thing which is best for people who are in love with old models is that they can get old vehicles from almost the 1920s of any model they are in want of. Moreover, if you are already keeping an old model car and it requires placement of any of its parts then you can get it from French Lake auto parts in Minnesota.

If you are interested in old model cars either from the 60s or 70s and you are residing around Dallas then you can get the old model replacement part from this junkyard which is known as CTC auto ranch.

If we talk about the location it owes, it is Denton which is about one hour north of Dallas in Texas. The recycling of vehicles is considered the most popular one in the state.

A thing which owes importance is that this junkyard assures vehicles are free of rust and they are present in reasonable condition for restoration. And the reason behind it is that it is located in an area which is quite dry.

There are almost 4000 vehicles in the everyday inventory of CTC auto ranch. Besides all this, this junkyard offers you the selling of parts for cars as well as selling sheets of metals.

This junkyard is located in Oregon around Sandy. Chrysler parts as well as vehicles fall in the main focus of this junkyard. It possesses in its everyday inventory more than 800 cars as well as restorable vehicles.

The things you can find here include glass, bumpers, doors, and motors as well as rust-free old car models of about 1950s to 70s.

The name of this junkyard shows that it possesses motorcycles. It consists of thousands of motorcycles that’s why it is the largest salvage yard of motorcycles present in Arizona. This junkyard happened to catch fire back in June 2013 which caused the loss of more than 9000 motorcycles. But fortunately, it is now in a better position.

In 1928  California’s Turner’s auto wrecking was established which was featured in the magazine Hot Rod. The area it covers is about 100 acres. It contained tons of scrap parts of cars for those people who were interested in the projects of junk cars.

If you are in search of rare parts of cars and also residing around California for you Turner’s auto wrecking would be the best option.

The specialty of this junkyard is quite prominent from its name  Arizona’s Pinal Airpark so it is for airplanes. It doesn’t have damaged airplanes but it contains airplanes that are in sound conditions.

These planes are here due to financial issues as their owners mostly suffer either from the issues of financing or they are not in their immediate use.

Alabama’s Steven’s performance salvage yard is considered a massive salvage yard. It is in Anderson, Alabama. It is the best place for those who are interested in projects on junk cars as well as in MoPar.

It also possesses Dodge Chargers which also consist of old models of the 60s. So if you require a replacement of an old Dodge Charger of yours this would prove to be the best option for you.

In the United States, Georgia’s old car city falls on the list of most popular junkyards. The area that these junkyard covers are 34  acres as well as in its everyday inventory there is about 4000 cars.

It possesses a very beautiful natural background that covers the junk automobiles it contains. This junkyard allows you to explore by a six-mile trail.

This article is a great source for those who are in search of the best junkyard for their junk vehicles. Through this article, you would come to know which are the top 8 biggest junkyards in the US and what they can get through them easily.

This article also provides every bit of information that might be helpful for the people to find any junkyard which suits them more.