Home Health What is Marijuana? – THC, Hemp, and More 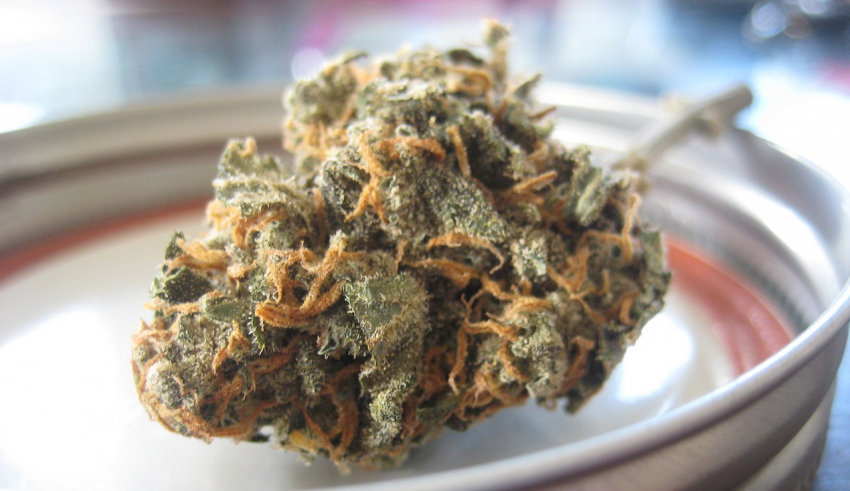 Marijuana is a psychoactive drug derived from the cannabis plant, which is native to Central and South Asia. It has been used for centuries for entheogenic, recreational, and medicinal purposes. The drug, which has a high THC content, can lead to a variety of side effects, including the feeling of euphoria.

When you smoke marijuana, THC alters the brain’s natural chemical messages by binding to cannabinoid receptors in the brain. This disrupts the endocannabinoid system, which plays an important role in healthy brain functioning.

However, this disruption that affects certain areas of the brain does not occur with hemp, as hemp, does not contain too much THC. Hemp can still affect the way we think, feel, and respond to stress. If you want to learn more about hemp, specifically, you can do so right here on thehempcollect.com. While there is still a lot of uncertainty about the effects of hemp on the brain, recent studies suggest that it is minor to null in comparison to any other substance.

Some studies have shown that cannabinoids affect the learning process, and these findings have been confirmed by neuropsychological testing and advanced imaging techniques. In addition to its effects on brain function, cannabis has been linked to a wide variety of neurovascular diseases.

In addition, marijuana abuse affects cognitive abilities. People who abuse marijuana show signs of social withdrawal and apathy. They are also more likely to engage in risky activities, such as solitary driving. Additionally, marijuana abuse has been linked to a greater risk of depression, anxiety, and other neurological conditions.

Cannabis is a Schedule I drug

Cannabis has been a Schedule I drug since the 1970s when John Mitchell, the attorney general of the Nixon administration, placed it in that category. Schedule I drugs are classified as having no medical use and high abuse potential. Since then, cannabis has remained in this category. The reason for this designation is that marijuana has not been determined to be a medicine. It also has not been proven to be safe or effective in medical settings. You can check https://www.dea.gov/drug-information/drug-scheduling to know more about drug scheduling.

The single convention does not define the term “extract.” However, the ordinary meaning of the word “extract” includes any product that has undergone a physical or chemical process. Therefore, an extract of cannabis is any product obtained through the process of separating cannabinoid constituents from the plant.

In the United States, cannabis is classified as a Schedule I drug by the Drug Enforcement Administration. Schedule I drugs have the highest abuse potential, and no currently accepted medical use. Consequently, cannabis patients who seek to use marijuana for medical purposes cannot legally enter federal land or travel by air or other federally regulated means of transportation.

The FDA has acknowledged that there is a growing interest in the use of cannabis as a treatment for medical conditions. While the FDA has not approved any medical cannabis products, the agency has approved three synthetic cannabis-related drugs. These include Epidiolex (cannabidiol) and Cesamet (nabilone).

Cannabis is still a Schedule I drug. However, it is not as dangerous as other drugs like heroin or cocaine. The federal government considers it to be less dangerous than heroin and other substances with schedule 2 and 3 rankings. Instead, the ranking of marijuana and other substances depends on their potential for abuse and their medicinal value.

It can cause dependence

Marijuana use is a common way to fit in with friends or cope with emotional issues, but regular use can lead to dependence. In addition, certain genetics may be a risk factor. Marijuana use disorder affects about 1% of the population, and it’s more prevalent in adolescents.

Despite the dangers associated with marijuana use, most people who use it don’t develop dependency. However, those who do develop dependency show several signs of addiction. These include increasing use frequency, needing larger doses, spending more time thinking about using the drug, and trying to acquire more. The user will also experience withdrawal symptoms when they are out of the drug.

Marijuana use may worsen mental health conditions, including depression, anxiety, mood disorders, and personality disorders. Marijuana use has also been linked to an increased risk of poor grades, unemployment, and poor life satisfaction. Many users also use marijuana in combination with other substances. This increases the likelihood of developing a physical addiction.

While marijuana is becoming more accepted in the United States, it is still dangerous to use it. Long-term use can lead to physical dependence and can affect a person’s social and professional life. Marijuana use disorder has been associated with young people and the legalization of marijuana is expected to increase the number of cases.

Marijuana is a euphoric drug. However, there are side effects associated with marijuana use, including irritability, appetite loss, lack of energy, and depression. It can also lead to addiction and dependence if used every day. Despite the risks, the drug is useful for certain medical conditions and mental health issues.