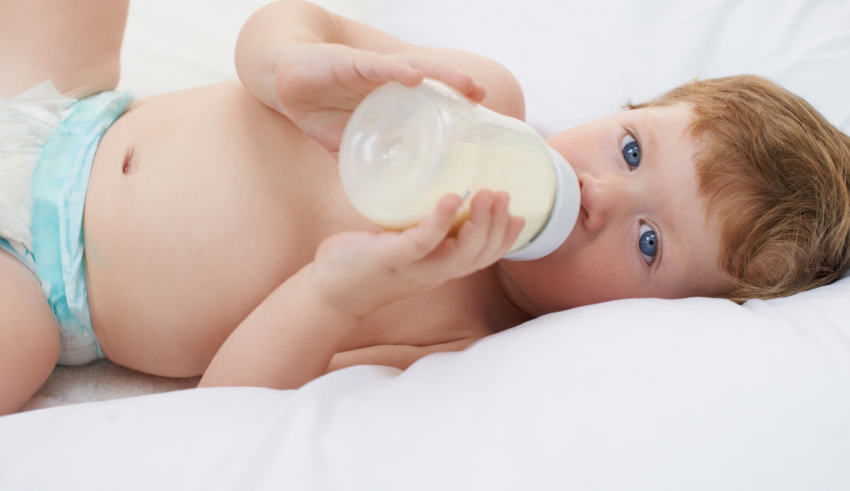 A kid’s digestive system is formed gradually, as well as nutritional needs, so the choice of formula directly depends on the age. Breast milk can adjust to the kid’s dietary needs and peculiarities of development. Baby formula can not dynamically change according to the kid’s needs, that’s why all European formulas are divided into stages and usually marked as follows:

Formula intended for children older than one year is the most nutritious and caloric. It contains an increased amount of unadapted cow protein. The concentration of vitamins and minerals is also increased. Let’s dive deeper into the content of the toddler formula.

In the content of such baby food, there are no biologically active additives such as choline, taurine, and many fatty acids. Besides, it is additionally supplied with calcium, phosphorus, iron, and vitamin D because during that period a kid requires these elements more than just right after birth. Many believe that it’s better to replace baby formula with whole milk when a child reaches the age of 12 months, however, it’s not the right decision.

Even though after one year old a kid will have solid food in its diet, baby formula or breast milk remains the main source of nutrients. That’s why it’s not recommended to fully replace formula with cow milk. Besides, compared to whole cow milk, toddler formula has many useful nutrients in the toddler formula regulated so that a child could continue receiving the elements required for normal development. If you still have doubts about feeding your little one toddler formula, you can find out more about its benefits from this article –  organicsbestshop.com/blogs/organicsbestclub/toddler-formula

When to Start Feeding Toddler Formula

Pediatricians recommend supplying the toddler formula with complementary foods containing grains, proteins as well as with fruits, and vegetables.

Transition to the stage 3 formula is the same as for stage 2 or any other type of formula – you can combine the new one with the old formula in the following proportions:

Such a gradual transition will also help to monitor the kid’s reactions to the new food.

Usually, baby formula is age divided. The fact is that a 12-month-old baby will need a different amount of nutrients than a newborn. Therefore, manufacturers should separate baby formulas by age. For example, the content of formula stage 3 there will be more iron, sugar, and calcium and that won’t be suitable for a newborn because its immature digestive system is not yet ready to digest such an amount of these trace elements. At the same time, the toddle formula has a slightly smaller composition of such substances as taurine, etc. because a child receives these nutrients from solid food. In any case, the transition to a formula for toddlers should be as smooth as the transition to any other to avoid negative consequences.