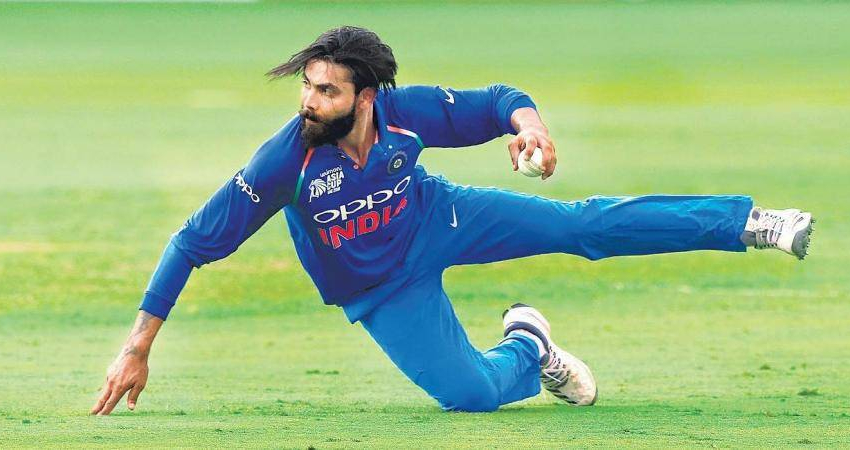 India was once thought of as having poor fielding capabilities. When the Indian squad was on the field, dropped catches and misfields in the outfield were frequent occurrences and news cricket news escalated the same. But over time, this situation has radically changed. Indian athletes from the younger generation have excelled on the pitch. India has produced some of the best fielders in world cricket as fielding has been a key factor in team selection.

The former captain of India was possibly one of the few who excelled at both covers and slips. Azharuddin was swift on his feet, possessed great anticipation, and had soft hands that allowed him to pocket the absolute screamers in addition to his elegant backflip toss. He was one of the safest slip catchers of his time, even after the match-fixing scandal abruptly ended his career.

Suresh Raina was regarded as the ideal all-around player when he first joined the Indian squad in 2005. He had a strong history with the bat, was quite helpful with the ball, and was outstanding on the field. Raina’s standing as one of Indian cricket’s top fielders has only grown with time. While Raina excels in the circle during powerplays, he accepts the responsibility of guarding the borders during later overs. The southpaw, who is 31 years old, is one of India’s best fielders and is renowned for his vigor on the field.

Kaif has taken some marvelous catches for India but one catch that any Indian Cricket fan cannot forget is his brilliant diving catch to dismiss Shoaib Malik in the first ODI of India’s Tour of Pakistan in 2004. The out-of-favor Indian batsman hasn’t represented the Men in Blue in more than a decade, but there’s no denying that, when he was playing, he was one of the best fielders in the world and likely India’s best in the limited-overs game. Mohammed Kaif and Yuvraj Singh made up one of the world’s most lethal fielding combinations because they were both always quick on the field and able to make even the most difficult diving catches. In addition to his mobility, Kaif had a very precise throw, and it frequently hit the stumps. For India, Kaif has made countless magnificent catches, but one that no Indian cricket fan can forget is his spectacular diving catch to dismiss.

For Team India, Hardik Pandya has been a revelation. He has given the Indian squad the much-needed balance. Pandya, who bats in the bottom order for India, has had innings that have won games for his country. He is also developing as a bowler with each game. However, Pandya’s fielding remains undetected due to his all-around abilities. The 24-year-old has been a useful addition to India’s potent fielding group. He is an absolute lightning rod on the field and has made some incredible catches in the outfield. India found Hardik Pandya to be the whole package they were looking for.

Manish Pandey, who is incredibly skilled, has fallen short of expectations because he hasn’t been able to utilize his bat skills to their full potential. Pandey has fluctuated between the Indian team and has fallen short of expectations. But his fielding has been one area where he hasn’t fallen short. For Team India, Manish Pandey has been magnificent on the field. The Karnataka batsman is perhaps one of the safest fielders on the Indian squad and has taken some magnificent catches close to the boundary. India may have the greatest fielding group in the world if Pandey can solidify his position on the team.

The Indian squad is led by Virat Kohli in all facets. He leads by setting an example on the field, scores run with the bat, and inspires India’s bowlers. One of the world’s most ardent athletes is Kohli. When he is fielding, he gives it his all. As swift as a bunny, Kohli can quickly get to the ball. The Indian skipper is not afraid to assume responsibility. He is frequently spotted fielding the ball in areas where it travels most frequently. In the last overs, Kohli covers the long-on and long-off region and has taken some risky chances while fielding there. Rarely do batsmen challenge his powerful arms?

When the two initially joined the Rajasthan Royals in 2008, Shane Warne dubbed Ravindra Jadeja “Rockstar.” That moniker was mostly due to his excellent fielding abilities. One of the cricket world’s fastest fielders is Jadeja. He can play any position on the field. When fielding at the point position, the all-rounder has pulled off some incredible runouts. He frequently strikes the stumps thanks to his rocket arm. Jadeja excels at fielding his bowls as well. He has made some incredible running catches in the outfield and has changed the course of games with his outstanding play.

The cricketer from Trinidad made his international debut for India in 1989, but it wasn’t until 1996 that he was a regular member of the Indian squad. Singh was a useful all-rounder who could bowl well and bat quickly during the slog overs. However, Singh’s fielding skills may have been his strongest quality as a cricketer. He was always agile in the outfield and an excellent ball-chaser. Robin Singh was one of the top fielders of his period because of his intense work ethic. Singh had 33 catches in ODIs and 5 catches in his lone Test. Robin Singh served as the Indian Cricket Team’s batting and fielding coach from 2007 to 2009 after he retired from playing the sport.

India’s greatest fielder ever without a doubt. The first person to lead India to victory solely through his fielding abilities was the late Eknath Solkar. His magnificent pouches, which are known for their excellent tight catching, assisted India in defeating England at The Oval in 1971, the team’s first Test victory in England. He holds the best catch-per-test-match ratio among non-wicketkeepers with 20 or more Tests, with 53 catches in just 27 games.

Fielding has recently received a lot of attention, and it pays big benefits. Additionally, throughout time, the outfields and playing surfaces in India have improved, enabling players to give their all on the field without worrying about being hurt. Thanks to the Indian cricket players whose magnetic field waves have created a widespread image in the cricket world.

Know all about cricket news and updates at CBTF news.

Get the fastest cricket news update at https://cbtfspeednews.com/.

Checkout our videos to get the latest useful information about winning betting tips,

CBTF BETTING Know all about cricket betting and updates at CBTF betting. Get the updated expert betting tips at https://cricketbettingtipsfree.com/