Home Health Water Pollution & Human Health: How Are They Interlinked? 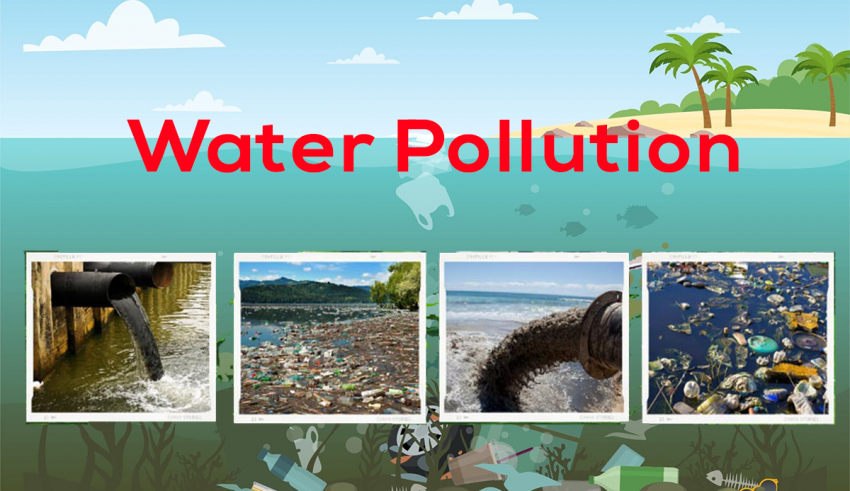 There has been a steady rise in media outlets reporting on water contamination over the past several decades. Let’s talk about the Camp Lejeune contaminated water Lawsuit case. In 2021, the House of Representatives enacted the Camp Lejeune Justice Act (CLJA). Victims at Camp Lejeune were granted the right to sue under federal law. In this, you need to hire experienced attorneys to review your case. Victims may be eligible for disability benefits under the Act based on pollutant exposure and its consequences on their health. Treatment and cancer care are two other examples of health care benefits. There are still many victims of this water contamination who are still attempting to get compensation and recognition for their illnesses.

Water pollution happens when unpleasant things enter the water, alter the water’s quality, and cause harm to the environment and human health. The effects of drinking contaminated water on the human body are numerous and complex.

We rely on water for drinking and other functions in our daily lives, and it is a vital natural resource. People around the world need clean drinking water to stay healthy. A primary source of infection is the universal solvent water.

The World Health Organization (WHO) states that at least 2 billion people worldwide consume water polluted by feces. The greatest threat to the safety of drinking water comes from microbial contamination caused by feces. Water pollution can have various effects on human health, and we’ll examine some of those effects in more detail in this article.

The following are some of the adverse effects on human health that can be caused directly by water contamination.

Sewage dumping continues to be a significant issue in developing countries where there is a lack of regulatory action against polluters or insufficient treatment capacity. Regular sewage discharge into water supplies is caused by treatment system failures brought on by accidents, conflict, natural disasters, or poor maintenance. Acute diarrheal disorders caused by waterborne bacteria, viruses, or parasites are the form of biocontamination that is most frequently associated with them. What most people don’t know is that drinking polluted water can also result in male infertility, which refers to those problems and male reproductive health issues that hamper the male ability to impregnate a female.

Less than 5 mm long plastic particles are called microplastics, which can be divided into primary and secondary types. Recent research has shown that microplastics that are present in the human body are found in the deepest parts of the planet, from the Marina Trench to Mount Everest. Although the full effects of microplastic ingestion are still unknown, it has been connected to metabolic issues, oxidative stress on the tissue, and inflammatory responses in the skin and organs.

Long-term water contamination can be caused by various chemicals and radionuclides, including disinfection byproducts, pesticides, heavy metals, and radionuclides like radium. Pesticides and fertilizers from agricultural runoff are regularly found in both surface and groundwater. The water supply is contaminated by industrial chemicals and heavy metals, especially in the developing world.

If swallowed, water pollution’s harmful effects pose serious health hazards. Chemical pollutants in water have been linked to cancer, neuroendocrine disruptions, heart, liver, and kidney disease, as well as a wide range of concerns with reproductive health and reproduction in general. Hiring an attorney in case the health of your loved one has been compromised not only helps you get the monetary and health benefits but also brings them justice.

What Health Problems and Diseases Can Water Pollution Cause?

The liver is infected by hepatitis, a viral disease induced by drinking polluted water. Hepatitis symptoms include jaundice, nausea, vomiting, tiredness, and a high temperature. It may be fatal if it continues over an extended period. Hepatitis is a condition that can be cured by vaccination and basic hygiene, but it can also be prevented.

Encephalitis is a mosquito-borne disease that causes inflammation of the brain. Contaminated water serves as a breeding ground for Culex mosquitoes. In most situations, the illness goes unnoticed; however, some symptoms include a headache, a high fever, muscle stiffness, convulsions, and paralysis. This disease does not have a vaccination.

Diarrhea is primarily caused by contaminated drinking water and unsanitary conditions. Diarrhea is characterized by fever, abdominal pain, nausea, and a headache. Antibiotics and good hygiene habits can help avoid this condition.

Contaminated water is the direct cause of the cholera epidemic. This sickness is caused by the bacterium Vibrio cholera. This bacterium in the gastrointestinal system produces toxins. Dehydration and renal failure can result from watery diarrhea, which causes nausea and vomiting. This disease is treated with antimicrobial agents.

There are a variety of pollutants that can contribute to water pollution, which is a major environmental problem. Contaminated water can negatively affect human health if consumed, entered, or washed in. Water contamination can be reduced in a variety of ways. Anyone who believes they have been affected by water contamination should consult a medical professional.