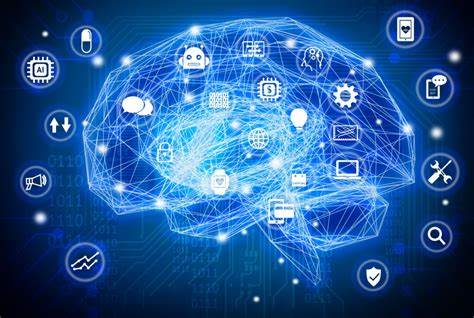 Technology is a thing that has made the world connect in ways that we could have never imagined before. I’m going to list some of these technologies and how their improved the world.

How is technology changing our world

The way we live, work, and communicate has been transformed by technology. It has made our lives easier and more convenient in many ways. For example, we can now shop online, work from home, and keep in touch with friends and family all over the world with just a few clicks of a button.

However, some people believe that technology is having a negative impact on our world. They argue that it is making us more reliant on machines, causing us to lose important social skills, and leading to a more sedentary lifestyle.

What do you think? How is technology changing your world?

The dawn of mechanization

Technology has changed our world in many ways, but perhaps the most significant is the way it has changed the way we live and work. The advent of electricity and the internal combustion engine ushered in an era of unprecedented change, and the industrial revolution was born.

For centuries, human beings had to rely on their own muscles or those of animals to get work done. This all changed with the development of machines that could do the work for us. The first steam-powered engines were used to pump water and power factories. Soon, trains and cars powered by gasoline and diesel were carrying people and goods around the world.

The development of technology has allowed us to live and work in ways that would have been unimaginable just a few generations ago. We can communicate with each other instantly no matter where we are in the world, thanks to email, text messaging, and social media. We can access information from anywhere at any time, thanks to the internet. We can even send humans into space!

The way we live and work has been transformed by Tech , and there is no turning back.

The computer age has seen a dramatic change in the way we live and work. We now have access to a vast array of information and tools that were simply unimaginable just a few decades ago.

The internet has connected us to people and resources all over the world, and we can now communicate instantly with anyone, anywhere. We can also access huge quantities of information on any topic imaginable.

Computers have changed the way we live in other ways too. entertainment, for instance, is now largely digital, from music and movies to video games and social media. And our work lives have been transformed by computers as well – office work is now often done entirely on screen, and many jobs that used to be done by human beings are now being done by machines.

It’s hard to overstate just how much computers have changed our world. They’ve made it smaller, more connected, and more efficient. But they’ve also made it more complex, and sometimes it can be difficult to keep up with the pace of change.

The internet has come a long way since it was first introduced in the early 1990s. In the past, the internet was primarily used for research and communication purposes. However, today, the internet is used for much more. It is now an essential tool for people all over the world.

The internet has evolved significantly in recent years, and this has had a major impact on how people live their lives. One of the most significant changes is the way that people communicate with each other. In the past, people would use the telephone or write letters to communicate with friends and family members who lived far away. However, now people can use social media platforms such as Facebook and Twitter to keep in touch with their loved ones no matter where they are in the world.

Another big change that has occurred due to the evolving internet is the way that people consume information. In the past, people would read newspapers or watch television news programs to stay up-to-date with current events. Nowadays, people can get their news from online sources such as news websites or blogs. This is convenient for people as they can access information whenever they want and from wherever they are.

Overall, it is evident that technology has had a major impact on our world. The internet has undergone a huge transformation in recent years, and this has changed the way we live our lives in many different ways.

Technology’s influence on the food industry

The food industry is one of the most important industries in the world. It is responsible for feeding billions of people every day. The way that food is produced, distributed, and consumed has a profound impact on our economy, our environment, and our health.

Technology has had a major impact on the food industry. Agricultural production has become more efficient thanks to advances in technology. Farmers can now grow more food with less land, water, and labor. This has helped to keep food prices down and increase food security.

Finally, technology is changing the way we consume food. New apps and websites make it easy to find recipes, order groceries online, and even have meals delivered directly to your home. Meal delivery services like Blue Apron and HelloFresh are becoming increasingly popular as people seek convenient and healthy meal options.